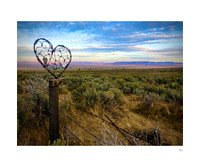 CRISTINE "CRIS" ACKEL is a living example of presence and doing the right thing. Through art, volunteering, raising a family, fighting for justice in all arenas and more, her voice makes the community stronger and the eye for her images makes the world a better place as well.       P4P Gallery 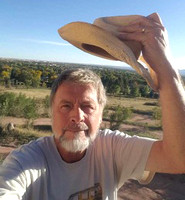 DAVE ARMSTRONG is a classically trained artist who hails from the east coast, eventually settling in Colorado Springs, Colorado.  A retired administrator from Colorado College, Dave’s work has been celebrated in galleries since the 1980’s and his works have appeared in several publications. His eye for photography took him on a unique journey in creating collages that, in his own words, are “subtly surreal”. His collages often endow recognizable, commonplace objects with greater value by placing them within a different context that implies meaning and asks questions. Dave has contributed some select photographic images to Pictures For Progress. For more information on his collages, please visit    www.armstrongarts.com         P4P Gallery 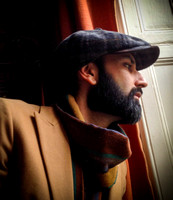 FAISAL AZAM is a writer, photographer and an award-winning film editor. Faisal was born in Karachi, Pakistan, and grew up in the Middle East, where his interest in art, ironically, was stirred by the heavy-handed censorship of television in Saudi Arabia. Curious about missing parts and disrupted scenes, Faisal became fascinated with the structure of storytelling and the power of the image to provoke a visceral reaction in the human psyche. Immigrating to the United States at the age of 15, he graduated magna cum laude from UC Berkeley with a degree in Rhetoric. In his photography, film and writing, Faisal is ever grasping at the intangible—time, tone, rhythm, deeper shades of meaning—and creating art with power that lies not just in the story it tells, but in the way elements are combined, layered and juxtaposed.      P4P Gallery        www.faisalazam.com 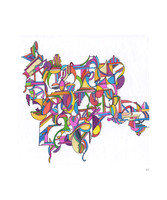 TRACY COOPER:  Note: These are reproductions of original hand drawn art on different mediums over the last two decades.  Some of the realities of time have prevent a pure reproduction but do not let that stop the enjoyment of this rare art.  If anyone is interested in an original hand drawn item that can include a person's name or specific words, please contact us at [email protected] and we will pass on the request to Tracy Cooper.

From Colorado Springs, Tracy is a former news director and talk radio host at KVOR as well as retired head of public relations for the local school district 11.  Having grown up around the country, she has a passion for the outdoors, exploring the nation and for collecting books.  She spends her time with traveling, enjoying being a grandparent and also hiking with friends.  She is a founding member of a 17 year old book club as well as a small charity that provides funds to a range of applicants. Her art is truly unique and flows freely at an almost subconscious level as she watches movies and performs other tasks.    P4P Gallery 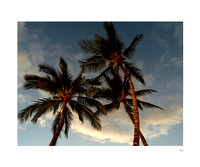 NAREN DESAI is a weekend warrior photographer whose passion lies in looking at the world around in a different way and with a simplistic approach to framing and subject matter. With a preference to let the natural setting do the work, he puts more emphasis on the content as it exists in the moment and the emotion it evokes.    P4P Gallery 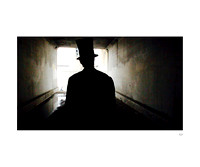 JORDAN ELLIS is a producer, writer and director of Award Winning feature films, webisodes, music videos and documentaries. An accomplished camera operator, and a skilled editor with an eye for discovering new talent, he co-founded a music video production company as well as one of the most successful commercial casting companies in Los Angeles. 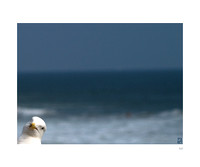 p4p_ElkayPix_010.PCurious Gull
Image of a seagull popping his head into the lower left corner of the frame, against a background of the ocean.

ELKAY PIX has been a photographer for more than ten years. She enjoys finding beautiful, interesting and surprising images in our everyday surroundings. Her images remind the viewer to look a little bit closer at the world around them and appreciate the amazing sights 500px.com/elkaypix   P4P Gallery 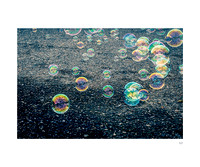 DIANA HINEK was born and raised in Verona Italy where from an early age the studies of ballet, theater and contemporary dance whet her appetite for visual beauty.  With degrees in Film Studies and Digital Imaging, Diana has worked on such films as Sin City and Memoirs of a Geisha. However, with the birth of her children she found her true passion in being an advocate for childbirth as a Doula as well as bringing her visual passions as a "documentarian" of the beauty of childbirth. 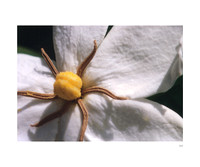 Haunani was a fourth generation Hawaiian. Starting with her first camera a Kodak Brownie at the age of 14 was the beginning of her journey in photography. Having pursued her education on the mainland it was upon her return to the Hawaii did she realize how much she missed the vibrant colors of the flowers, the lushness of the foliage and the simple beauty of a rainbow.  For Hauanai, photography meant getting up close and personal: the delicate lines, the cast of a shadow , the colors that make you feel like one can smell the flower itself.  Through the years, she took photographs in North America and Asia but upon returning to the Big Island she focused on the native plants and flower of Hawaii which are slowly disappearing. She strove to capture and preserve the color and beauty of the islands plant and flowers.     P4P Gallery 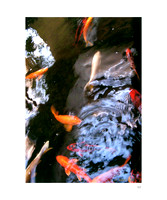 MARSHALL KARY is a retired Professor from the University of Hawai'i who has been creating art for five decades. His inspiration is drawn from the world around him be it his experiences as a young Marine experiencing racism in the 1950s and 1960s to the beauty of the Hawaiian Islands.  One of his goals is not to tell his audience what they are looking at and how to experience it but to have the art evoke an emotion and create a discussion where everyone determines their own interpretation.    P4P Gallery 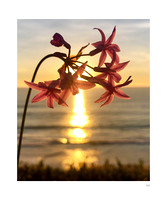 PHOEBE KATSELL is a San Diego resident who loves nature and all that offers.  She is always creating scenes with emotion and the ability to transport you to another place and time.  Constantly shooting , experimenting andlearning, Phoebe is a true student in search of knowledge and experiences that come from being behind a camera.You can follow Phoebe on Instagram @socal_nature 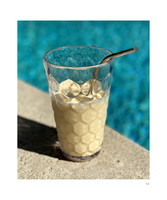 CHARLES KEAGLE is a native of Los Angeles whose artistic career started at an early age. His interest in animation took him to Cal Arts where among his many accomplishments was his short "Are We There Yet" won him many fans.  In 2005 Are We There Yet?! was selected by the Museum of Modern Art (NY) for the exhibition TOMORROWLAND: CalArts in Moving Pictures as part of the program Best of ‘90s Animation. This exhibition was also presented at the Centre Pompidou in Paris, France. After Cal Arts, Charles went on to work on numerous studio films and television.  His passion for the craft lead him to teaching where he became the director of the on-line program for San Francisco's Academy of Art University.  His talents extend beyond animation as he brings his take on life and images through his unique style of photography.   P4P Gallery 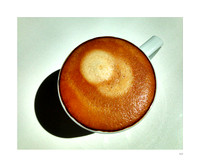 BRETT KENNEDY is not only a critical engineer for many of the JPL Mars Rovers we follow in the news but also a passionate photographer. He enjoys the challenges and technical elements of photography and puts his eye to work as he combines the technical with personal  artistic vision resulting in a range of images that take the day to day world into a new space.   P4P Gallery 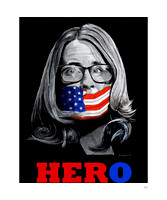 KAIDEN KREPELA is an artist and activist in all terms of the word.  At only the age of 19, she has been creating art for a better part of her life and a champion of confidence, beauty, imagination, equality, the environment and more.  Now a freshman in college she continues to expand her voice to share with all.    P4P Gallery 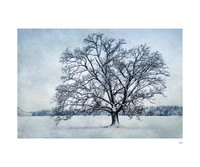 JANE LINDEMAN is based in Park City but finds herself adventuring across the country to be with her grandchildren.  Surrounded by nature at home and on the road, her lense shares her experiences with us and often transports us to rare moments in time for all to appreciate.    P4P Gallery

DOLORES LUSITANA is a designer, producer, and artist whose photographs have a painterly quality that invite the viewer to see the world around them a bit differently. She is interested in images that challenge others to bring personal interpretations via their own past experiences and respective state of mind. A self-taught artist, she is also the founder of SITUATION BOOK, a consulting and production agency for visual artists and entrepreneurs.       www.doloreslusitana.com     P4P Gallery 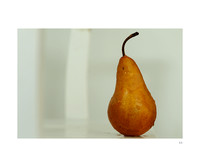 KATHLEEN MURPHY "Photography encapsulates what I loved to do as a child....explore, draw, paint and create." 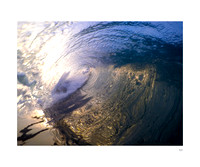 STEVEN NEVIUS  is a California native who edits television for SyFy's "The Magicians." He surfs with his 14 year old daughter before school and in his extra time, focuses on wave photography and writing short fiction.  P4P Gallery 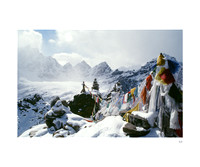 MIKE PARRY is a professional cinematographer who has worked on narrative features, documentaries and television series. Personal passion as well as professional opportunities have taken Mike all over the world. He has seen and experienced a great many cultures and his images on screen as well as in stills reflect the various roads of life he has experienced. He take us to unique times and places and his eye captures moments that tell a story.    www.michaelparry.us     P4P Gallery 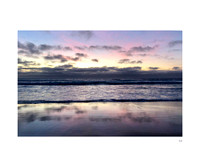 CARLOS SANTINI dedicates his life to helping others and making the world more connected. As a senior  executive at the nation’s largest after school program, After School All Stars, Carlos is a leader in creating nationwide programs that create opportunities for the youth of today who will be our leaders of tomorrow.  He is an avid cycler, author of children’s books and also a devoted husband and father.  Always on the lookout for something special,  his images capture the beauty of every day life.     P4P Gallery 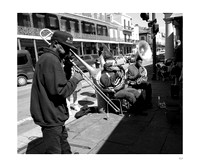 TIM SARKES is a Nikon user who travels the country for business and pleasure.  When the moment presents itself, he captures moments in time with a tangible reality to the them.  A father of two living in Southern California, Tim lives life with a calm dedication to helping others in a variety of ways.  P4P Gallery 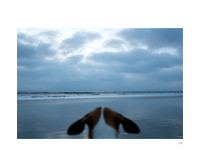 CHAD WIEDMAIER : I find clarity and focus through exploration. Where I'm forced to live in the present, only on what I can see, smell, feel, or hear in that very instant. These are the times when I feel most alive and connected to the human experience. It’s been this way since I was a kid, and hasn’t changed much as I’ve gotten older.  The camera allows me to capture these moments of stillness. When I’m able to realize what a miracle every moment is.

There’s magic all around us, and the goal of my work is to share that feeling of wonder.Hope you enjoy my work and that these photographs brighten your walls.   P4P Gallery

To Learn and see more from Chad, please visit his site:  http://lechad.com

SIGN-UP TO LEARN MORE ABOUT HOW YOU CAN MAKE A DIFFERENCE, ONE IMAGE AT A TIME...